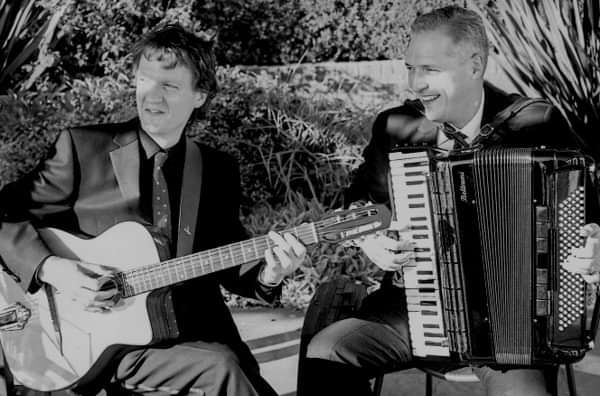 As well as being a busy guitarist around town Rod Fogg literally wrote the book on Django Reinhardt (it's called Django Reinhardt - Know the Man, Play the Music). He has also appeared at Le Quecumbar with Sara Spade and the Noisy Boys who count Jools Holland and Hank Marvin among their fans. Tonight he is joined by accordion ace Romano Viazzani so expect everything from Bal Musette, Gypsy Jazz and Hot Swing to fancy fingerpicking and ragtime.