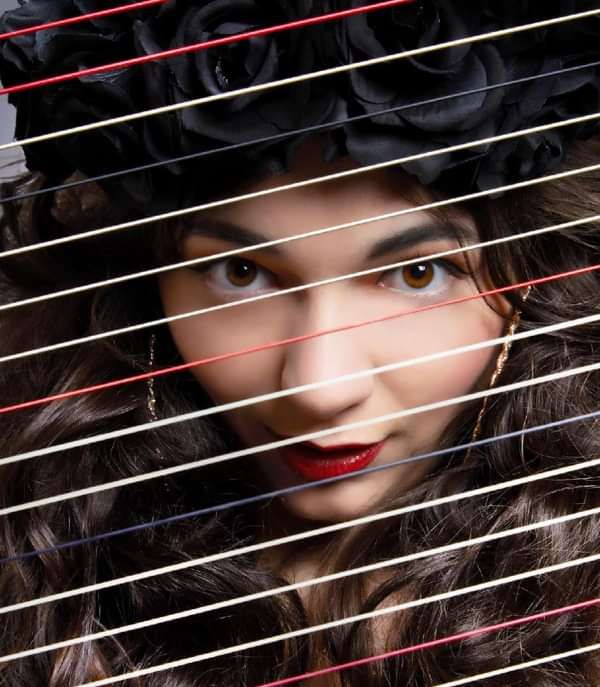 Flòralyn was born in Bulgaria to a family with aristocratic heritage dating from before the 1940's communist period. With her mother a pianist/conductor and her father a hard rock drummer, her passion for singing and art started at just age six.

HER first appearance on local television occurred when she was nine, performing “My Heart Will Go On” by Celine Dion. Two years later she became a student at the National School of Music in Sofia, prompting her whole family to move to the capital in order to support her career.

HER songs veer towards pure pop with a sprinkle of electro cinema - the end product is a magical mix which entrances and excites, displaying shades of Kate Bush and Florence and The Machine.

ALSO a trained classical singer and harp player, she has toured her eclectic brand from 2013 to 2015 across the globe, including France, Greece, Hong Kong, Macau, Egypt and China. In September 2016 she moved to the UK and spent her time isolated in a single bedroom house in the centre of Falmouth, Cornwall where she started writing her own songs for the first time.

NOW at the age of 24 she has already garnered a reputation as one of the world's finest exponents of the electric harp with an innovative twist.

HER debut single ''Enough Of You'' is released through Universal.