Ruby Robinson | The Swing Jazz Diva of Our Era 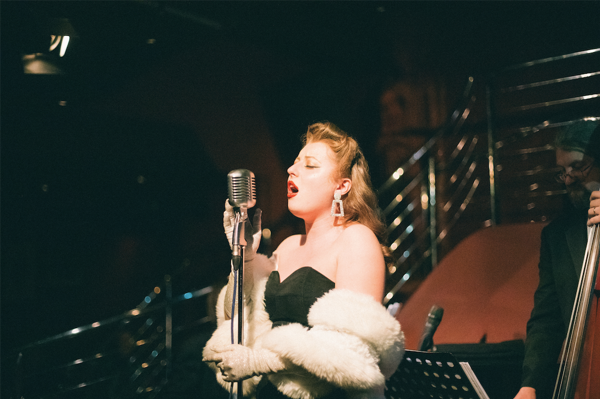 A rising talent in the UK’s live music scene, Ruby is not to be missed. This young lady is an exceptional performer, and is excited to debut her first evening at Le QuecumBar.

Ruby has performed on stages all over the UK including prestigious London venues such as the West End’s Café de Paris, The Pheasantry Jazz Club, and upstairs at Ronnie Scott’s Jazz Club, to venues abroad such as Swing 46 Jazz and Supper Club, New York. She has toured around the UK with several Big Bands performing on great stages including HQ and Ambassador Theatre Groups, organised and choreographed cabarets as a Bluecoat for Pontin's Holiday Camps, as well as hosted and performed at several private, corporate and communal events across the country. She also features annually as a Special Guest Vocalist at The Big Band Blitz 1940’s Gala which was featured on BBC’s Strictly Come Dancing.

She is well-known for her fantastic stage presence, her excellent stylistic technique of women beyond her years, and her strong, warm tones. With her wide repertoire inspired from over 100 years worth of music, her passion for the Great American Song Book brings a new approach to audiences as she performs her own arrangements.

This performance coincides with her Live Album release planned for Summer 2021. Ruby Robinson is, without a doubt, a ‘star’ in the making.

We reserve the right when necessary to implement a minimum spend on food and drink of £25pp as all the ticket money goes to musicians, and our only revenue is from food and drink.