The Jake Maun Trio - Gypsy Swing with a twist 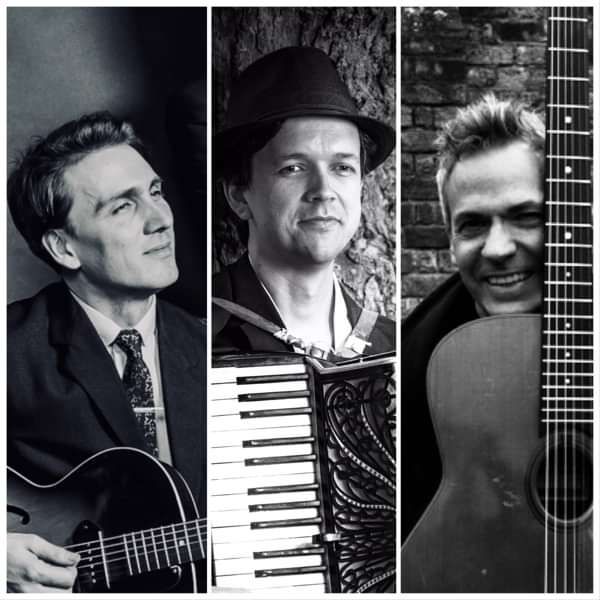 The Jake Maun Trio comprises Mike Guy on accordion, Simon Moore and Jake Maun on guitars. The trio will be playing mostly compositions by Django Reinhardt with a modern twist, focusing on the less well known compositions that he wrote across his whole career from the swing era of the thirties to the cool jazz era of the early fifties.

Jake Maun is London based guitarist who has established himself in the Gypsy Jazz scene and has played in numerous groups in London and elsewhere.

Simon Moore is a long established guitarist in the Gypsy Jazz genre and performs regularly at Le Quecumbar with a trio or duos and is an exponent of the new and traditional gypsy jazz styles.

Mike Guy moved to London in February 2005 and performs regularly at a host of venues throughout central London, including the National Theatre, the 606 Club, the Vortex, the Spice Of Life, Pizza Express Dean Street, the Pheasantry and Le Quecumbar.