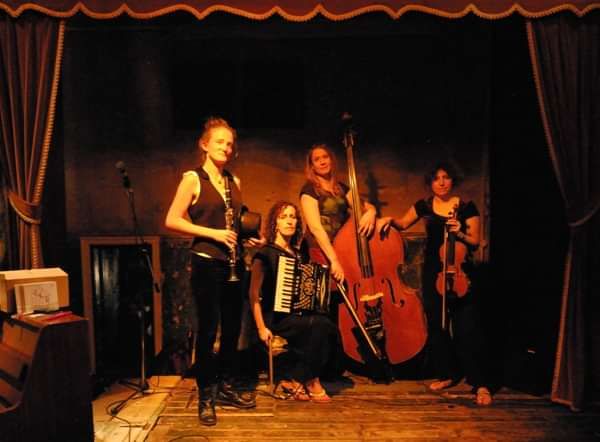 Be inspired and moved whilst enjoying old and new traditional Jewish music as the all female fantastic London Klezmer Quartet performs the best of Klezmer, a journey from the Baltic to the Black Sea - and beyond - played with passion, soul and virtuosity with violin, clarinet, accordion and double bass, and featuring the leading sultry haunting vocals of Indra Buraczewska.

Formed in 2009, the band is in damand throughout the UK, has had six sell-out tours in Australia, and has appeared at festivals and concert venues in Belgium, Brazil, Germany, Holland, Latvia, New Zealand, Sweden and Switzerland, and has broadcast live on BBC Radio 3 & 6, BBC TV, and ABC Radio.

"The tradition is safe in their hands." Sunday Times

www.londonklezmerquartet.com www.ilanacravitz.com We reserve the right when nec to implement a minimum spend of £25pp on food/drink